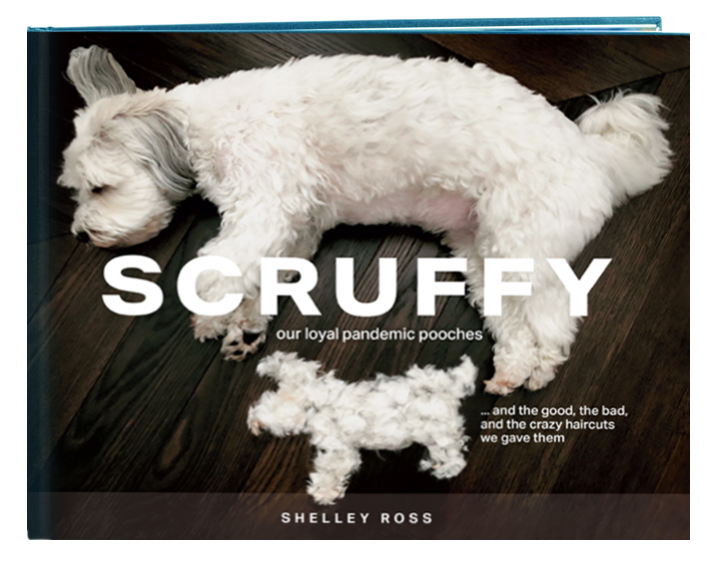 our loyal pandemic pooches and the good, the bad and the crazy haircuts we gave them

Scruffy is a unique photo/art book documenting a dog’s life in lockdown during the Pandemic of 2020. As the deadly new coronavirus spreads across the planet in just four frightening months, our loyal dogs become an elixir, ecstatic to have us home with them 24/7, playing endless games of fetch and getting belly rubs on demand. Then, suddenly, we are charged with their home grooming, giving way to an extraordinary gallery of pandemic haircuts — wild, wacky, and an incredible metaphor for courage, resiliency and hope.

100% of the books profits will go directly to The Cure Alliance, a 501 (c)(3) non-profit organization of top global scientists.

‘Scruffy’ is a heartwarming and joyful window into a dog’s life in #lockdown. It is filled with wonderful photos and proceeds go to a very good cause.

A dazzling book.
Every page has my new favorite photo.

A NOTE FROM THE AUTHOR

After our Scruffy “ambassadors” raised money for life-saving lung treatments for the most severe COVID-19 cases, they have embraced a new mission, enlisting in The Cure Alliance’s new fundraising priority to silence the deadliest form of pancreatic cancer with a single-digit survival rate. SCRUFFY is the best-selling unique photo/art book documenting a dog’s life during the 2020 Pandemic, a metaphor for our courage, resiliency and hope. Now,100% of the proceeds from this book will go directly to an FDA-authorized phase II clinical trial using 3 non-toxic low-cost generic oral drugs which, when combined, silence stage 4 adenocarcinoma pancreatic cancer. The Cure is Now. What’s more! The FDA has authorized this pilot study to be expanded to test this novel treatment on glioblastoma, colorectal, prostate and triple-negative breast cancers, all which share the same cancer mechanism. 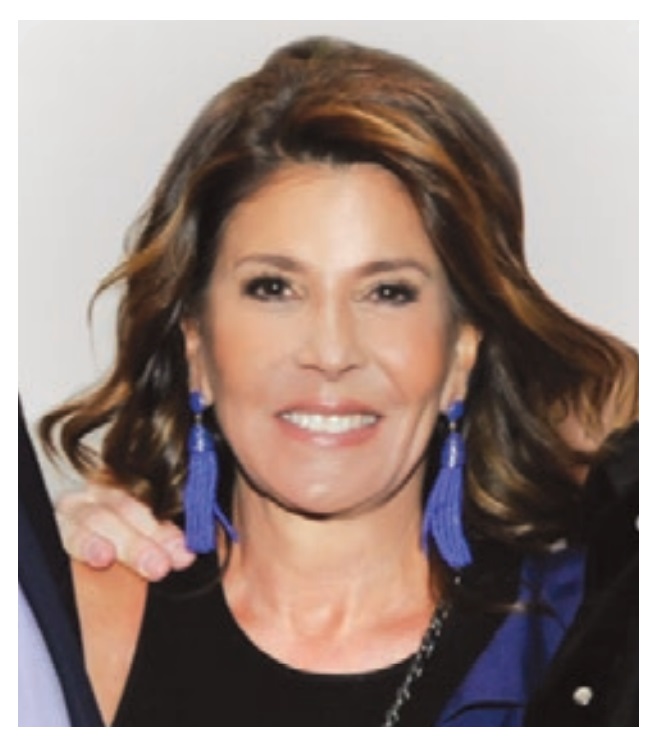 About the Author: Shelley Ross

Shelley Ross is president of The Cure Alliance, a 501(c)(3) non-profit group of top international scientists sharing knowledge to treat the most severe cases of COVID-19. In that role for the past five years, she has supported specific policy changes, ones that would help advance regenerative medicine and pave the way for a successful COVID-19 treatment to repair lung damage in the most severe cases. Impressive results of the FDA-authorized clinical trial of UC-MSCs were just released by the principal investigator, Dr. Camillo Ricordi, The Cure Alliance founder.

Besides her work for The Cure Alliance, Ross is known as a broadcast news executive and journalist, having produced over 3500 hours of live television at ABC, NBC and CBS networks.

Throughout her career, Ross covered the most iconic stories and created many memorable TV events beginning with the first ever televised interview with the cult leader, Charles Manson for NBC’s Tomorrow Show. During her 17 years at ABC, she won three News and Documentary Emmy Awards and was part of the network team which won the coveted Peabody Award for their coverage the 9/11 attacks on the World Trade Center and Pentagon. As the executive producer of Good Morning America, she was in the control room as news anchors Diane Sawyer and Charlie Gibson broadcast the attacks live. Ross has also produced groundbreaking stories on sexual harassment, investigations of Pentagon policy, covered political scandals and corruption, three wars and produced multiple interviews with four presidents.

She broadcast live television specials from the White House after Columbine, from an aircraft carrier in the middle of the war on terror, from the Pentagon the day of its reopening after the 9/11 attacks and from the Tower of London on the 50th anniversary of Queen Elizabeth’s ascension to the throne.

Three weeks before the U.S. invasion of Iraq, she traveled to Baghdad to produce an interview with the notorious Dr. Germ, the architect of Saddam Hussein’s WMD program.

Scruffy Doggo of the Week

← This is Heston. Err, no, just his floof — the most amazing floof ever. 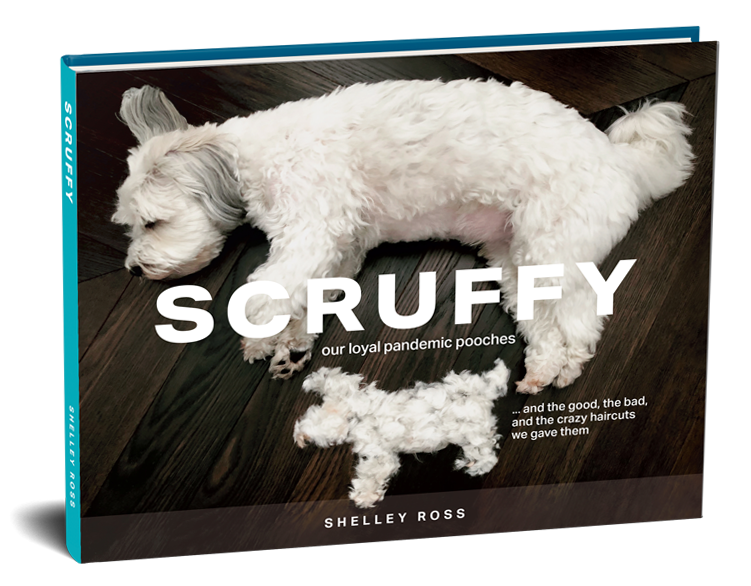